We will be closed from Thursday 5th November due to the latest Covid-19 Lockdown.
Skip to content

Braunton Burrows in North Devon is four square miles of spectacular sand dunes, and home to a rich variety of plant and animal life. It is extremely important for bumblebees and holds Devon’s last remaining large population of the nationally declining Section 41 Priority species, the Brown-banded carder bee (Bombus humilis). Elsewhere in the county, it is known only from scattered records at a handful of sites around North Devon. 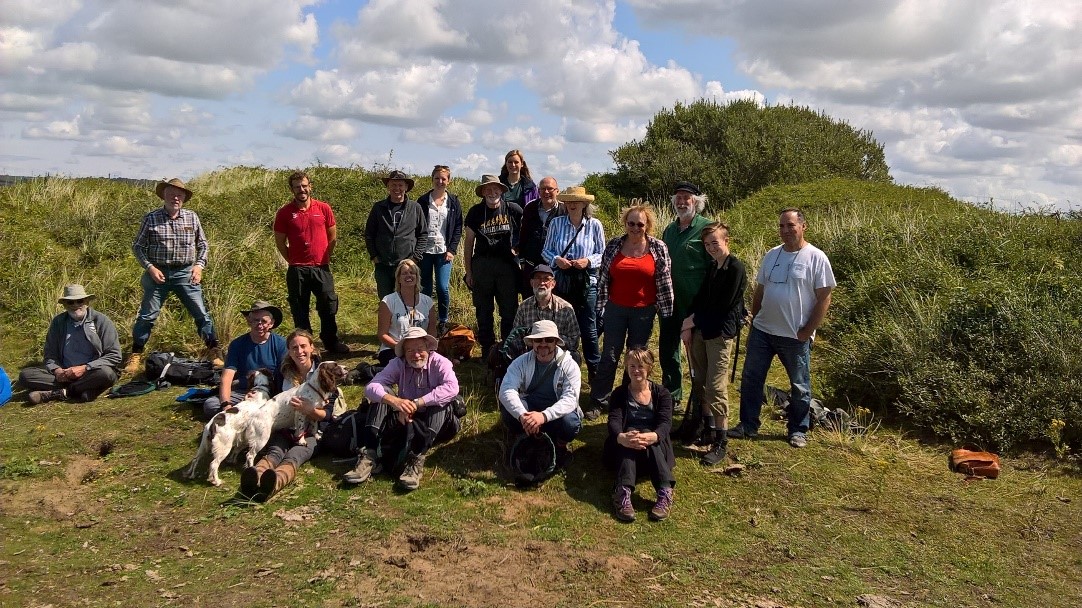 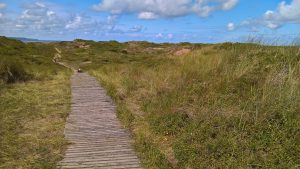 Braunton Burrows is home to many rare plants and animals, including the Brown-banded carder bee

Given how important this site is for Brown-banded carder bees, we decided to attempt a thorough survey for this and other bumblebees. It’s a huge area, and we had very few recent bumblebee records, and little understanding of how the bees are using the dunes. This information is key to their future conservation however, and vital for informing site management.

Across three days in August, around thirty people joined in the survey. We had support from local volunteers and stakeholders who have been working with us on the West Country Buzz project. Members of the Short-haired bumblebee reintroduction project team from Kent came over to Devon as part of their 10 year Anniversary celebration of the project, and BBCT colleagues visited us from the Eastleigh office. 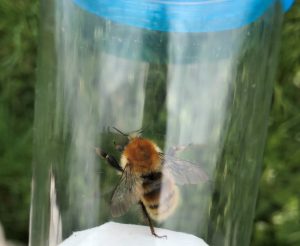 Thankfully the sun shone for us (mostly!) and we were delighted to find Brown-banded carder bees all over the Burrows. Viper’s bugloss was a particularly common forage plant for them, and we also found them on Water mint, Restharrow, Wild thyme, Carline thistle, Red clover, Hemp agrimony, and Sea holly. We were lucky enough to discover two nests as well, which were in tall, fairly open tussocky grass. Sadly we didn’t find any Moss carder bee, another S41 Priority species, which was last recorded on the Burrows in 2009.

Another very exciting find was the Ruderal bumblebee (Bombus ruderatus). This hasn’t been seen in Devon since the 1960s! It is very hard to identify, so might have been overlooked in the past, and is another rarity suffering from serious declines. It closely resembles the Garden bumblebee, and care is needed to identify it. See here our guide to identifying bumblebees.

Nearly 300 records were made over the course of the event, and these will be really helpful in informing conservation and management work. We would like to say a huge thank you to everyone who took part, and special thanks to Christie Estates for allowing us permission to survey the site, and to John and Mary Breeds for their expertise and guidance. 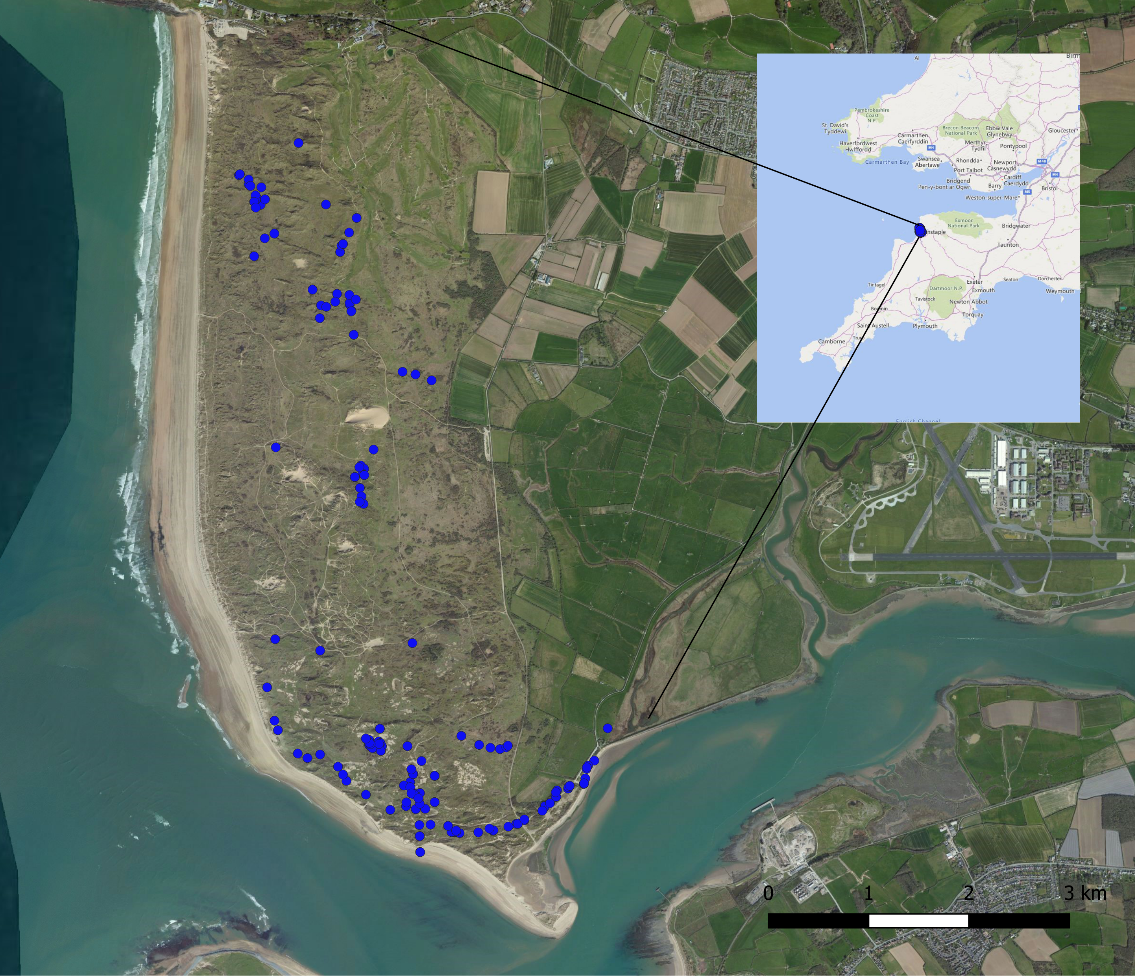 Distribution of Brown-banded carder bee (blue dots) across Braunton Burrows, recorded by volunteers attending the bumblebee blitz. Blank areas do not necessarily represent an absence of records, but may also reflect areas which weren’t visited

Butterflies and moths are out and about