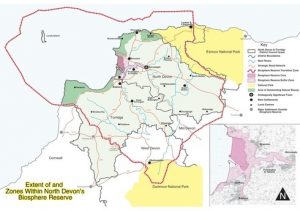 North Devon is home to Britain’s world class UNESCO Biosphere Reserve, where conservation and sustainable development go hand in hand. The UNESCO, accolade was awarded on the basis that this place can demonstrate a high quality environment where there is a community that is willing to develop in harmony with that environment. It not just about dunes!

The area’s designation was based not just on the fact we have the amazing dune system managed by Christie Estates for many generations; but the Biosphere Reserve covers the entire northern half of Devon where we have a whole mix of internationally important interlinked habitats and a caring community, supported by Devon County Council, North Devon District Council and Torridge District Council.

Why is it a World Biosphere Reserve?

At the very heart of the reserve is Braunton Burrows, the UK’s second largest dunes system but one of the best quality dunes systems in the northern hemisphere. Mainly designated for its flora and geomporphology the dune system is owned and managed by Christie Devon Estates and is leased in part to the Ministry of Defence for amphibious training. This helps the wildlife for which the site has been designated. Plants like the Sand Toadflax, the Water Germander and Sea Stock benefit from the mobile sand created by the activity. Around the Burrows is the Taw Torridge Estuary, nationally important for overwintering birds and the mudflats they feed on. The Beautiful Braunton Marsh is an important part of the reserve.

A recent study explores the special character of this area. The reserve extends up the river catchments to the sources of the rivers that tumble into the Bristol Chanel and the Atlantic. Key features include the internationally important Culm grasslands with their special sets of plants and invertebrates. Another important factor is the area has shown a tendency to think about its environment and has demonstrated good practices to work in harmony with it; such as the Tarka Project.

A diversity of habitats is represented here. The core area comprises an active dune system with geomorphological and successional processes. Other habitats include a rocky foreshore, mud and sand flats, saltmarshes of various types, lowland farmland, grazing marsh, coastal heath, back-shore marsh as well as woodlands. As a result of the periodic review process in 2002, the Braunton Burrows Biosphere Reserve has been completely revised and extended by a consultation process among the local communities and the conservation and development authorities. It now encompasses a larger sector of the estuary of the Taw and Torridge Rivers.

About 53,000 people live in the biosphere reserve (2002) who are mainly engaged in services, manufacturing, agriculture and fishing. Braunton Burrows Biosphere Reserve is a site where traditional land use practices are still maintained today. Grazing by Soay sheep and cattle on saltmarshes was practiced for more than a century and still maintains the marshes in a condition suitable for wintering wildfowl. Traditional local fishery harvests Atlantic salmon sea trout and sea bass which are species that rely on the site as part of their lifecycle. Also mussel fishery and the harvest of ulva and laver are still practiced in a traditional way.